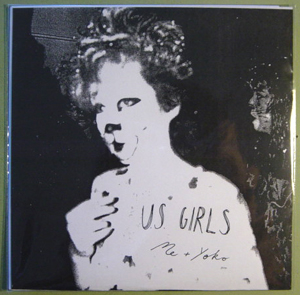 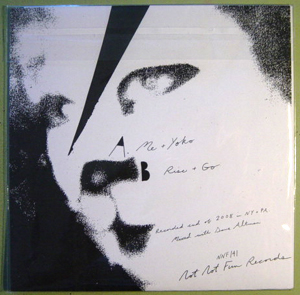 There’s no disputing the truth that certain formats befit certain artists. And for Megan Remy’s brief, brave re-imaginings of guitar/voice pop rapture done under the U.S. Girls flag, the 45 RPM 7 inch single is the absolute dream medium for transporting said sounds to the interested earhole. Short and sweet (and chemical) like a sugar rush, Me + Yoko is her latest reverb-gaze drug nugget in a string of strong singles (following releases on Hardscrabble Amateurs and Cherry Burger), and it’s another keeper. Whistling to life with a scrap of found sound/dialogue, the song then wings into a vague, hazed-out stone-toss between 2 tired notes (a dead ringer for that famous Les Rallizes Denudes bass riff), ebbing and flowing beneath smeary streaks of white-washed vocal blur. The B, “Rise + Go,” might actually be the more aching of the two, a broke-down bedroom ballad, awash in sad seas of reverb, lapping at the shores of isolated islands, gently sailing into heartbreak. Sounds lo-fi but lush, like it was recorded high on a cloud on a cheap 80s boombox. Black vinyl 45 RPM singles, mastered by Pete Swanson, in photocopied sleeves with art by Remy. Edition of 380.