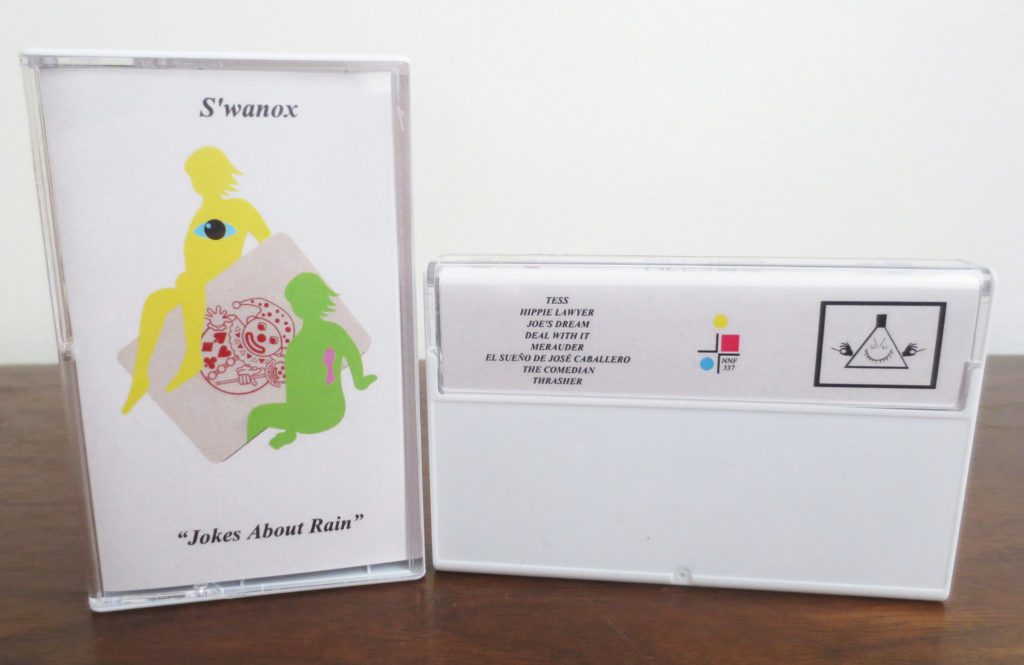 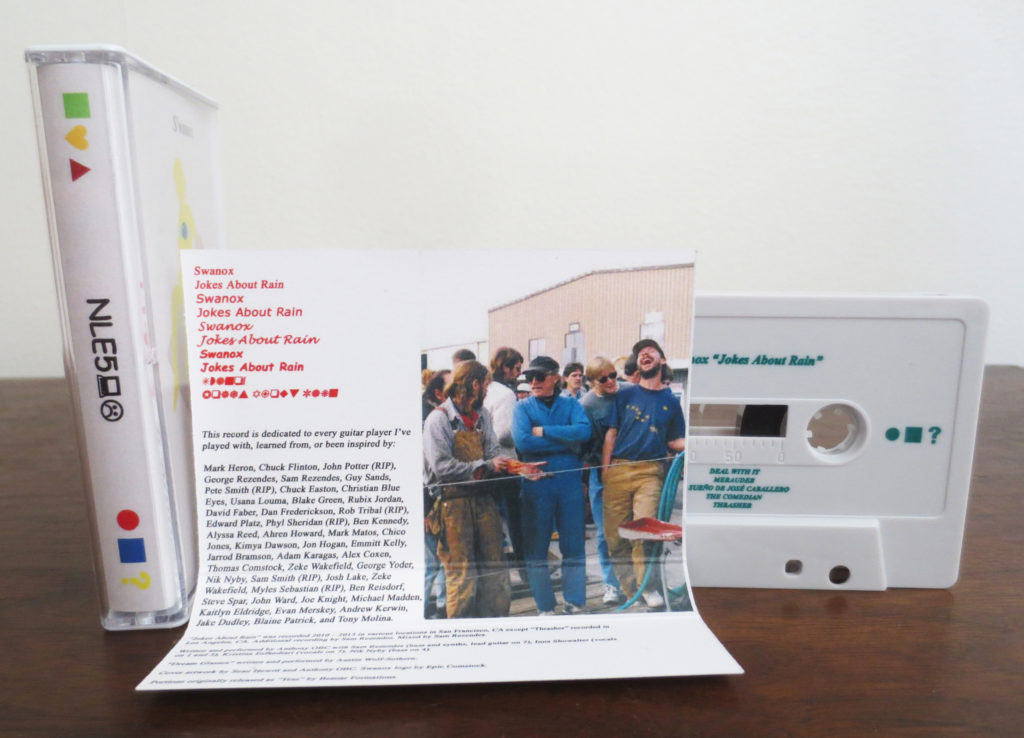 Bay Area psychic panhandler Anthony Boruch-Comstock Orion’s music loiters in a limbo between vision and vagrancy, open roads and empty pockets, dreams and dead ends. Across seven storied years the Swanox sound has distilled but not domesticated, winding through junky back streets of hitchhiker Americana, surrealist storytelling, dada piano, cosmic Casio tone, flophouse folk, and amnesiac ambience. Jokes About Rain reworks a selection of songs from his limited 2013 cassette on Bezoar Formations alongside an array of new and unreleased tracks for a fresh collage of coastal crossroads, sunken eyes, and West Coast wanderlust. Recorded from 2010 to 2015 in various apartments, bedrooms, and bunkers across San Francisco (with the exception of one Neil Young cover tracked in in L.A.), the album feels loose, lost, and liminal, a rambler’s lament for lives in the rearview. What falls but never gets hurt? Dedicated to “every guitar player I’ve played with, learned from, or been inspired by.” Additional instrumentation and mixing by Sam Rezendes. Mastered by Paul Oldham. Cover artwork by Sean Hewitt and AOBC.