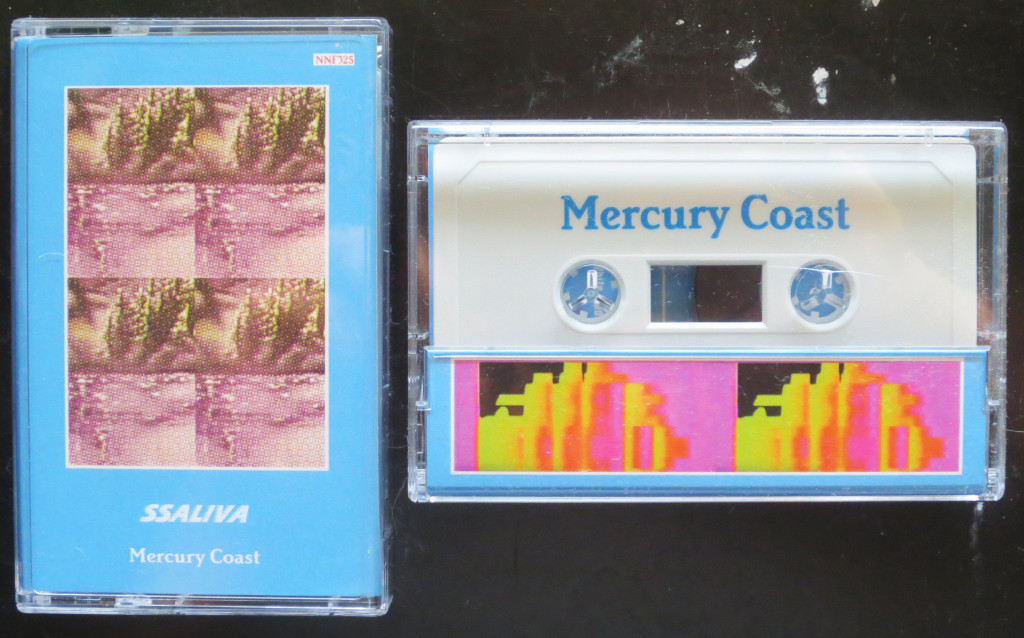 Belgian enigma Francois Boulanger has traversed several spheres of liquid electronics and mutant beat music across a half-decade of activity as Ssaliva, but in the winter of 2010 he holed up in an old historic house in his childhood home of Chaudfontaine with a wonky Tascam 4-track to pursue a different muse. “The place was super cold. Everything was recorded straight to tape. I was bored using a laptop so these tracks were a reaction to that.” The 22 grainy guitar instrumentals comprising Mercury Coast span daydream surf (“Borys,” “Health”), opiate lullaby (“Cloud Gap,” “Hyperreal,” “Weav”), smeared reverie (“School Rave,” “Trave”), and beyond. There’s a raw, restless feel to the tracks, born of smoke and sleeplessness, at the axis of cloaked emotion and altered states. Shortly after the sessions Boulanger and two Brussels associates, Dynoo and Nosedrip, launched a label (Surf Kill) to release the recordings but for unremembered reasons nothing materialized. NNF is honored to finally share this overlooked outlier to a wider world. Artwork and design by Dieter Durinck. Mastered by Alter Echo.