Sasqrotch – Myth Of The Hirsute CS 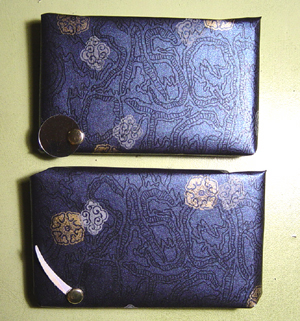 First time we saw Sasqrotch play was at a bowling alley bar after a Robedoor set, and it was PERFECT. A guitarist decked out in a baffling bearded-elf costume from the neck up (complete with rubbery oversized ears) stared at his guitar, holding a amp-eating drone tone with some wah-pedal oscillation while the bassist and another dude crouched in front of speaker cabinets, drinking in the low-end, the whole place just fucking QUAKING with sound. Then third man moved over to the drums, counted some shit off, and let loose. We were floored. Lumbering untamed electric wilderness howling through magnetic mountains of avalanching ore and ice. Basement Sabbath breakdowns. Lusting, wasted distortion. Basically: savage awesomeness. So here is Myth Of The Hirsute, Sasqrotch’s debut, a brutal, blown-out snapshot/C38 of the North Hollywood power trio’s hairy grandeur in action. Black tapes in hand-stamped origami-folded metallic paper cases adorned with fang/sequin braids. Limited to 100.