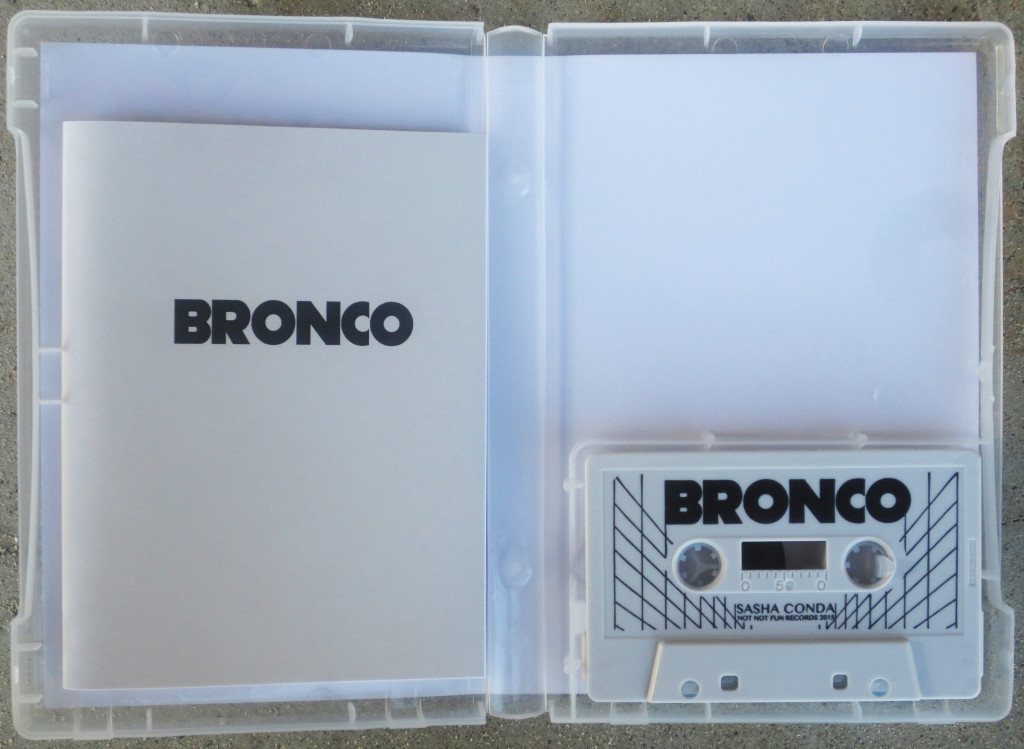 The muse of BRONCO is Bronco Stephenson, a morally naïve cyber hedonist strutting ever deeper into the bowels of a dystopian capitalist arena called the Palace Interior, where he must eventually face a day of reckoning with “the true computer heart of the world.” The album acts as journey and destination, each piece reflecting his geography / mental state, from iridescent vape shops and electrode funkadelica into “the deeper, darker, questionably legal” inner sanctum of flickering fluorescent hallways and hacker pulse-programming. Conceived by Minneapolis musician and MJ MJ Records CEO Sasha Conda in collaboration with writer Patrick Scott-Walsh III, whose 24-page narrative accompanies the release, BRONCO maps its hero’s quest across a linear 7-song cycle of decadent casino fusion boogie, neon waterfall 2-step, sci-fi new wave, and spherical synthesizer dirge – fantasy-as-escape meets escape-as-fantasy. The text spills the story in ways both graphic and cryptic:

“At street level, the lights of the overwhelming hyperterranean Palace Interior are temporarily denied. Bronco sprints, gun in hand, passed the line for the public multipurpose privacy stalls, fitting himself through the density of bodies, to the line of mirrors and sinks. He pulls his pants down … and puts cold water on the burn. The sound of pain/relief escapes through his gritted teeth, on top of the muffled sizzle of his flesh. The still bubbly lettering spelling EFFORTLESS is now adorned above his sheared pubic hair.”

Pro-dubbed cassettes mastered by Neil Weir in oversized cases with artwork by Keith Rankin, plus a hand-assembled photocopied zine.