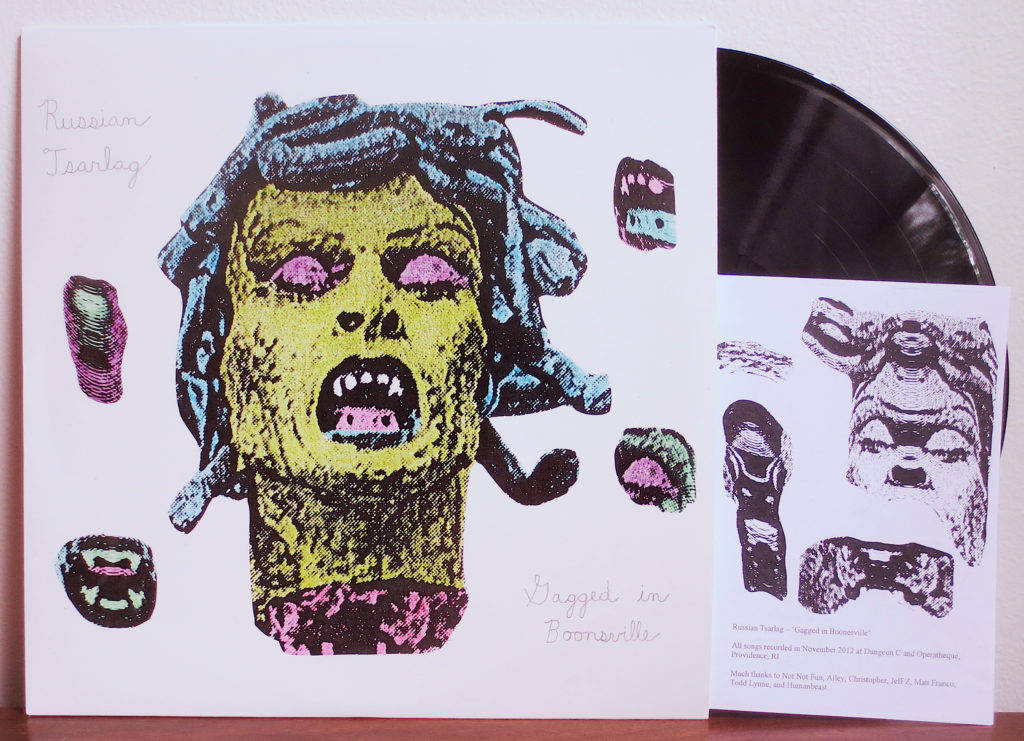 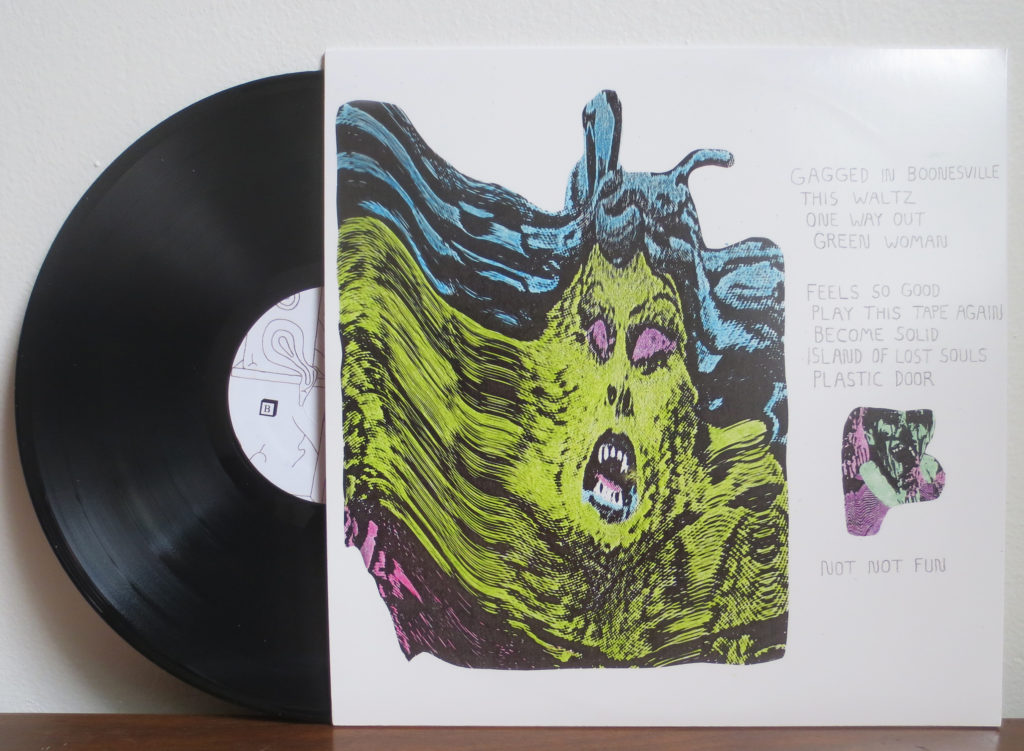 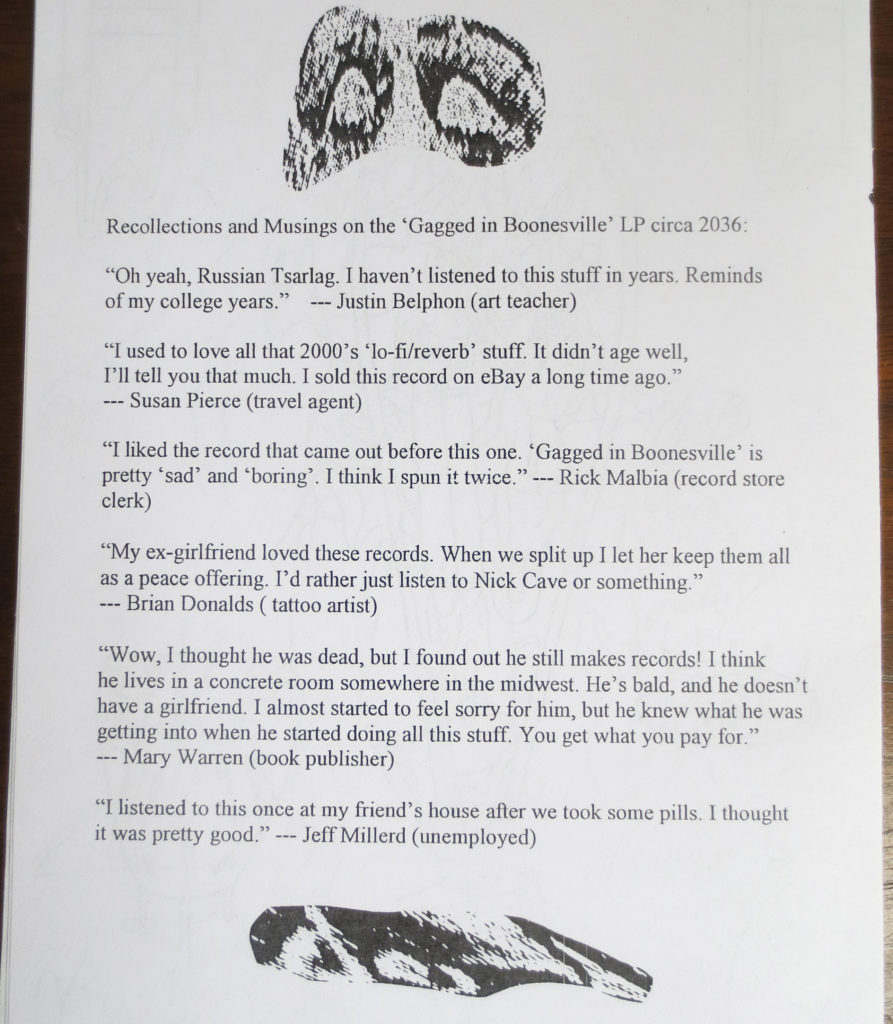 Providence, RI scrapyard serenader Russian Tsarlag aka Carlos Gonzales needs no introduction – he’s been trucking his moldy cart of sewage-pop and bad acid storytelling across the American wasteland longer than most people have had an email account. Yet the past few years have seen his crusty songcraft fermenting into its ripest and most reflective forms, none more so than his latest bleach blanket odyssey, Gagged In Boonesville.

The album tells the sordid tale of a tenement whose residents are mentally poisoned by an ancient poster of Medusa in the basement, while an unruly pack of rabies-stricken dogs roam the courtyard. Given the backstory it’s fitting the LP’s 9 tracks traverse a more melancholy, meditative dimension of the Tsarlag multiverse: dumpster-scrounged degenerate new wave (“Gagged In Boonesville,” “Play This Tape Again“), mutant campfire dirge (“This Waltz”), depressive ambience (“Become Solid”), even a cockroach-covered piano ballad (“Island Of Lost Souls”). It’s all here. Another fascinating chapter in the Neverending Story Of Tsarlag.

Xerox-smeared Medusa collage artwork by Gonzales, plus an 8-panel zine of original drawings and imaginary 2036 Tsarlag musings. Half on crimson vinyl, half on black.