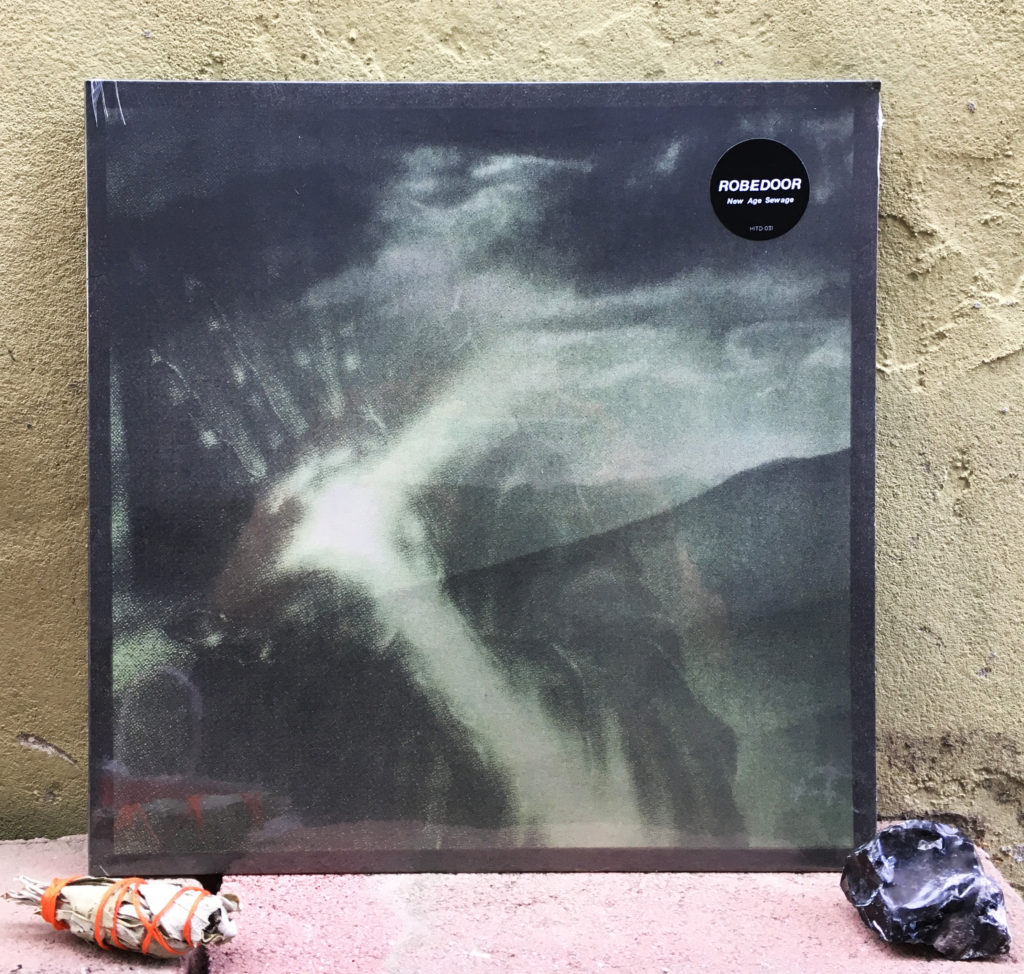 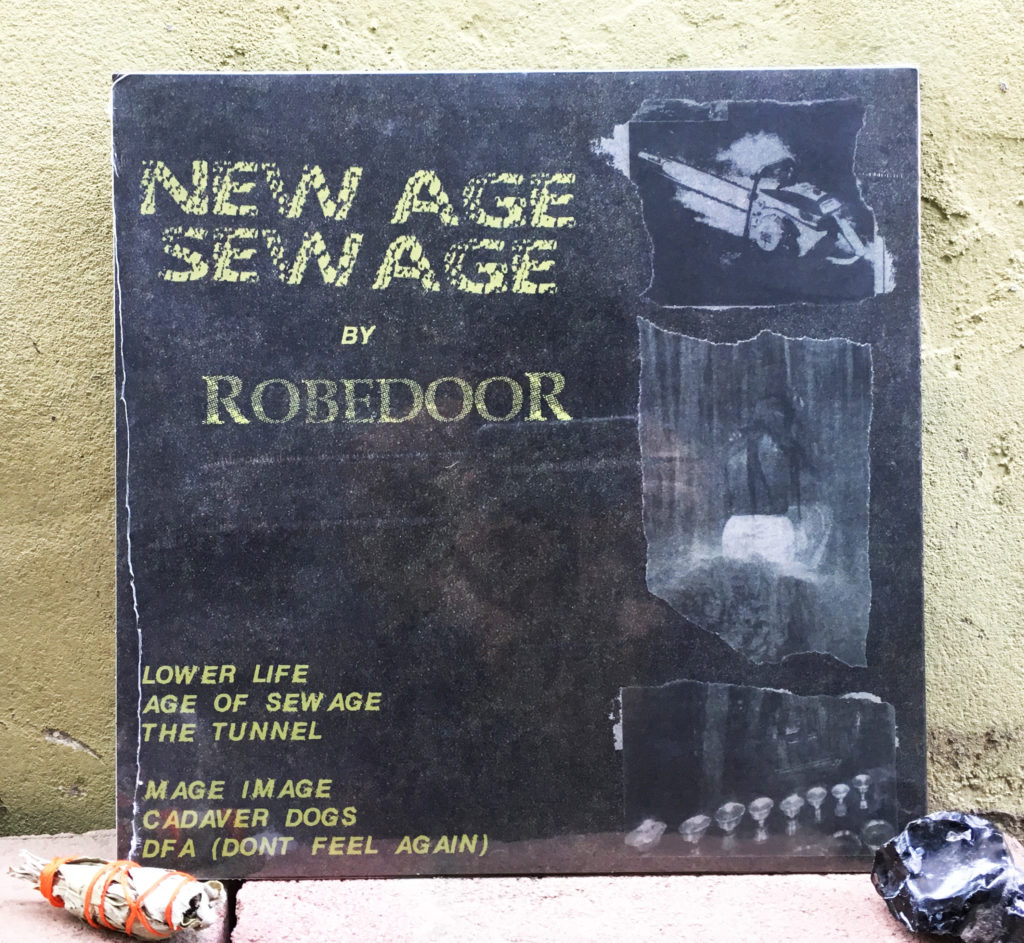 “It’s been four years since Robedoor released their previous LP on Hands in the Dark, Primal Sphere, but this spring Britt and Alex Brown return with a new odyssey of chaos and psychosis: New Age Sewage. Written and recorded across multiple seismic life events (moves, births, deaths), the album is centered on heavy visions of negative west coast mythology. Themes of poison, hallucination, conspiracy, and false messiahs weave within their sinkholes of mystic sludge.

The duo’s music has grown darker, denser, and more visceral with each album. There’s a sense of practiced ritual, of deepening meditation, portals opening against their will. New Age Sewage documents half a decade of the band’s hermetic focus, shaped by instinct, will, and apocalyptic realities.”
-Hands In The Dark, 2017