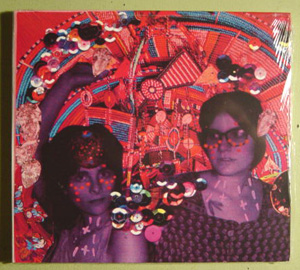 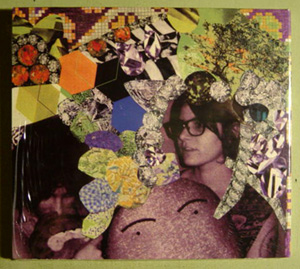 There’s a working theory out there about Pocahaunted: either EVERY record they’ve released is a concept album, or NONE of them are. There’s good proof to support both camps. The truth, of course, might lie somewhere in between the two, but Island Diamonds makes a stronger case for the former. The ladies’ longstanding studio union with Eagle Rock guru Bobb Bruno has explored an array of terrains in the past, but their partnership on Diamonds transforms Pocahaunted into a way weirder, doper, and dancier creature than ever before, inspired in equal parts by Manda’s obsession with Max Romeo tropical soul and bad acid jazz and Bethany’s abiding love of mainstream rap and the Cocteau Twins. Naturally, the results don’t really resemble any of the influences they may have attempted to channel during these sessions, but so what? Low-lidded drum machine beats, sparse guitar chimes, and the occasional air raid siren cycle beneath a night sky of cooing, crying, and caterwauling in the classic PHAUNT mode/model. This CD digipak edition is a repress of the sold out LP on Arbor, with all new collage-portrait artwork by the band, plus two bonus tracks added on (one an outtake from the Diamonds sessions, one the unedited mix of their Bored Fortress 7” single) and a freaky digital music video for “Ashes Is White” created by part-time Pocahaunted bassist/best friend Luis Naranjo. Edition of 500.