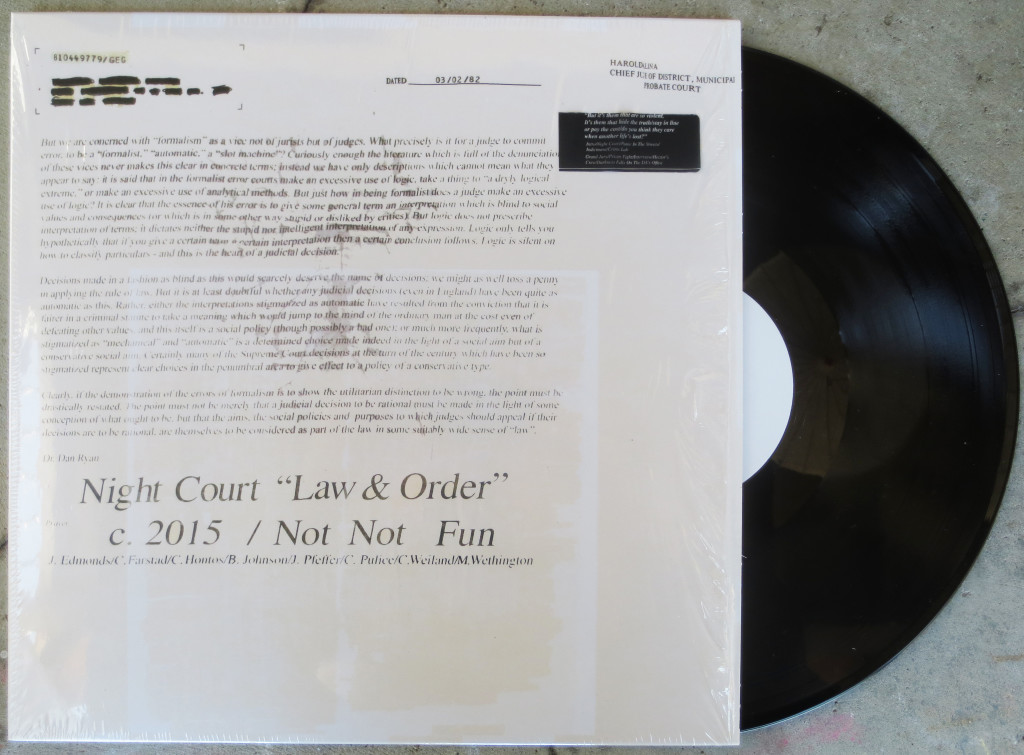 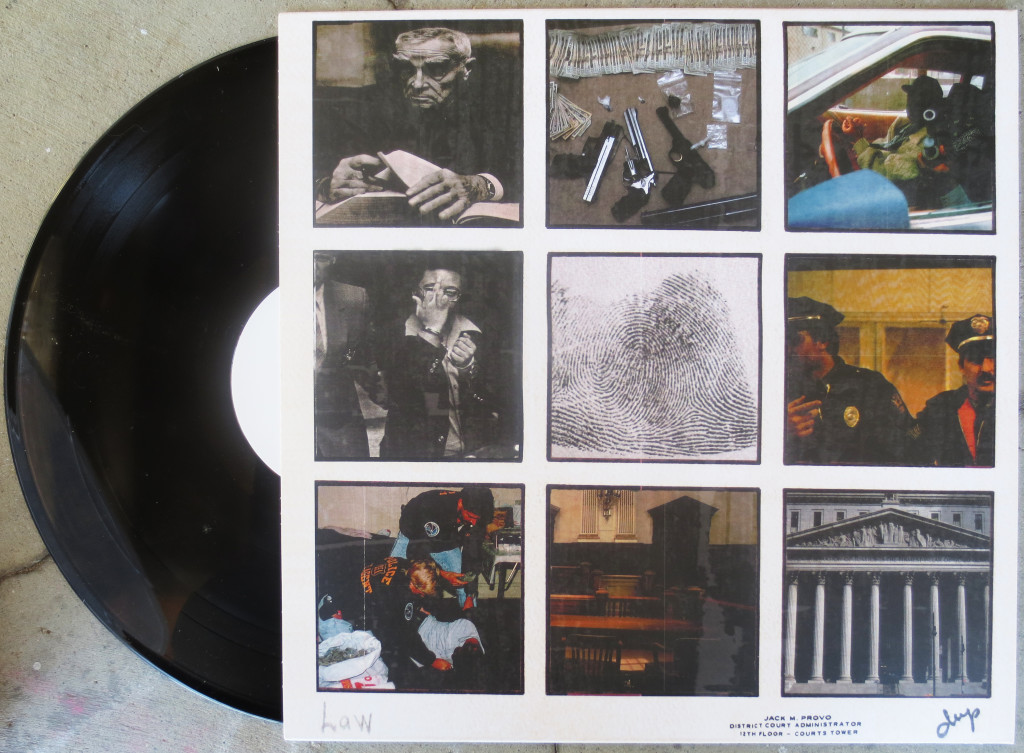 The origins of these enigmatic VHS-scrambled prog-techno explorations are so true and tripped they’re worth quoting in full from co-chairman Christopher Hontos: “Night Court was recorded in July two summers ago (’13) in a remote cabin on Lake Namekagan (located on national forest grounds in northern Wisconsin). We usually do these ball-busting weeklong recording sessions up there with a good group of folks and a grip of mushrooms. For this one we had this idea of setting up our synths on the deck and doing a trippy somnabulistic overnight open-air recording sesh that would be called “Night Court.” However when the time came and the crew got together we interpreted the name literally and ended up jamming out an album of legal system-themed tracks. We recorded the entire album in one day – every song in one take – and with very little post-production. Track after track flowed and we never drifted from the theme nor spent time diverting our focus (with the exception of Farstad being vetoed after trying to start up a footwork-style track). After the session we were all so burnt-out and fried we thought little of the recordings. But as time passed we went back to them and realized we had struck gold.” Italics ours – this is rare ore. A freaked fusion vision, flowing cold city collectivist synths interlaid with executioner guitar, ambulance/TV samples, alley haze, and flashing sirens sax. Insane music for insane times. Its meanings are manifold: political (“a sweeping overview of the nothing-specific nature of humanity via the American legal system), metaphoric (“tongue-in-cheek turns to fist-in-air, and we realize that life imitates fiction less than fiction imitates life”), realistic (“at the time of recording none of us had ever seen an entire episode Law & Order).