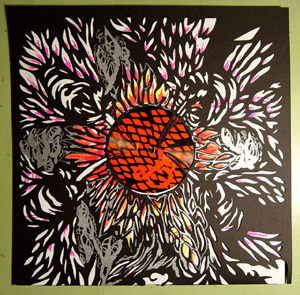 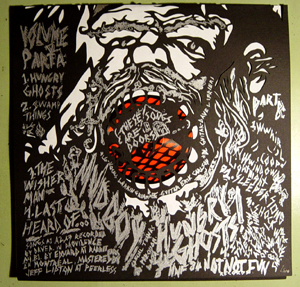 Providence, RI patch-cable conjuror Mudboy is a key-cutter to doors of perception and his unlocking labors on this long-player stand at the summit of an already illustrious discography. Alchemizing soundtrack suites, organ wizardry, and meditative harmonium hallucinations, Hungry Ghosts! These Songs Are Doors slow-burns an urn’s worth of ritual powders and powers, filling the speakers with a sign language of smoke runes and ghost tones. Lie on the floor and be floored by Mudboy’s primordial plainsongs.

Record comes housed in an intricate laser die-cut fold-over cover with a flame-silkscreened inner sleeve. Half on red vinyl, half on black.