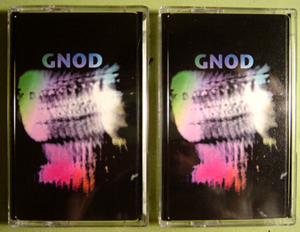 Got to see this hairy chain gang of Manchester cosmos-manglers bulldoze a hole in the sky at the Islington Mill last summer when Pocahaunted was on tour in the UK, and the experience left an impression. Jamming their self-released LP was a nice forced flashback but we wanted more and, fortunately for us all, Gnod are obliging types (they spearheaded the post-show dance party when we were in town). That said, we weren’t braced for the 60-minute astral sludge opus Science & Industry when it landed in our mailbox. Opening with a low-end raga of wah guitar, spoken word, and spaghetti western trumpet trills, the piece gradually builds in volume, density, and desperation, finally exploding at the 10-minute mark into a pummeling storm of drums and heavily delayed horns that sounds like the soundtrack to a movie about post-apocalyptic galaxies at war. From there things get intense. There’s stomping bruiser anthems (think Motorhead on elephant tranquilizers), swirling space rock rituals, crushing Loop-style (circa Fade Out) downer ballads, zoned motorik rhythm workouts, biker howling, black holes, science, industry, infinity, whatever. In short: this is your brain on Gnod. Can’t even describe what a magnetic wrecking ball this album is, an April European tour should help spread the word. Pro-dubbed and imprinted tapes in ghost-face J-cards designed by Amanda. Edition of 100.