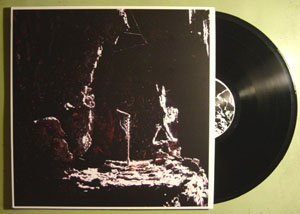 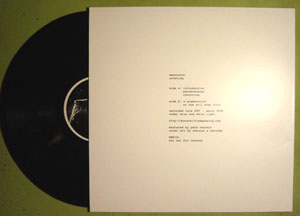 Misery wears many masks, but Tulare, California fatalist Jon Borges has etched his mark on most of them. For at least half a decade he’s pursued increasingly suicidal tendencies under his Pedestrian Deposit guise, splicing subdued loops of morbid beauty against savage canyons of harsh noise histrionics. Lately, though, he’s been straying more and more from this aggressive exercise in contrasts in favor of his Emaciator alias, which draws from the same dark wellspring of bitter memories and bipolar rage but, instead of unleashing it in grand frenzies, bottles everything up inside until it seeps out the pores. Early efforts/cassettes retained a strain of buzzing nausea reminiscent of his PD days, but the last 12 months have witnessed a complete abandonment of any ties to the past. Times are still bleak, sure, but the grey prisms of brooding ambience Borges now conjures and slowly collapses convey a depth of mood and subtlety far surpassing simple signifiers like Indifference, Resentment, Remorse. Coveting collects together five exquisite Emaciator compositions (including two particularly riveting songs that were debuted live at Echo Curio last winter) for a harrowing 40 minutes of troubled solace, crisscrossing suicide guitar lines, and entranced self-reflection. Meditation is a myth; desire does not sleep. Mastered by Pete Swanson. Black vinyl LPs in shrinkwrapped jackets with photography and layout by Borges. Edition of 430.