Dolphins Into The Future – …on Sea-Faring Isolation LP 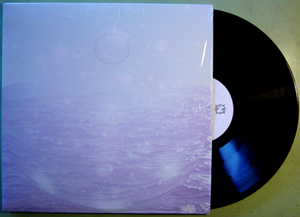 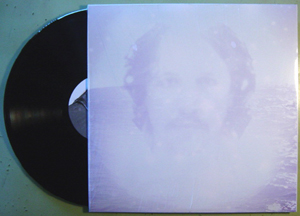 A casual interweb cruiser could be forgiven for confusing Dolphins Into The Future the “band” (aka the one-man tape-loop blue-age ambient project executed by Belgian Cetacean Nation ambassador Lieven Martens) with Dolphins Into The Future the book (written by dimensional traveler Joan Ocean concerning her 20-year-long real life spirit quest to commune with a school of 200 wild Hawaiian Spinner dolphins). And, to be fair, they’re a LOT alike. Both deal heavily in trippy, drifting logics, vibrational holograms, and an overdose of psychedelic pastel artwork. But Ms. Ocean’s books are out of print so instead we have …On Sea-Faring Isolation, Mr. Dolphin Martens’ vinyl debut under the DITF banner, after a 2-year string of increasingly blissed tapes and CDRs. Composed of three interwoven pieces per side, Isolation is one of those baffling magic eye LPs that seems to dissolve yr memory of it during the very act of listening. Turquoise webs of billowing synth smoke curl and dissipate into grey horizons of open sea field recordings. The wooden mast of a ship creaks quietly while astral bells toll away in morning fog. You are alone. This record could make a sailor homesick, and Joan Ocean weep. Beautifully composed and sequenced, with just the right amount of wobbly porpoise sonar prisms bubbling up from the deep, this LP exceeded all our expectations (and they were high). A fantastic voyage into the pan-dolphinic dawn. Black vinyl LPs in matte jackets with aquatic-loner artwork by Martens himself, plus a photocopied album review/interpretation by DJ Bongo Man.