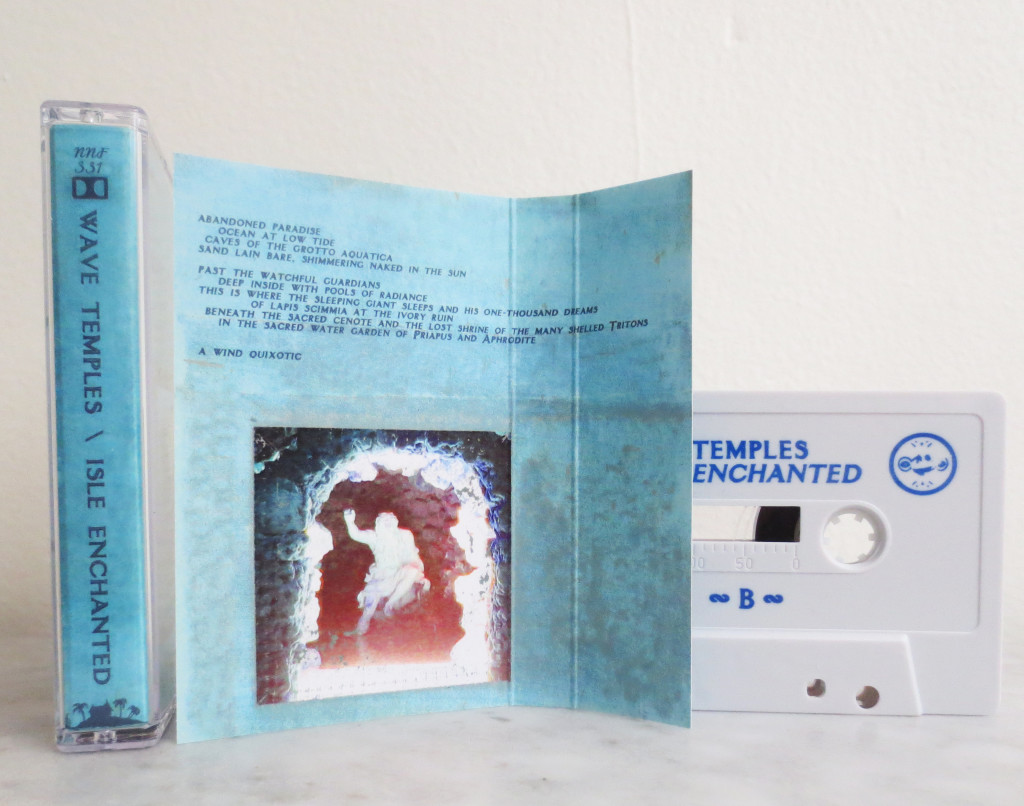 Floridian fantasy island ethnographer Wave Temples is responsible for a unique flow of opaque tropical hallucinations since 2013, issued via a variety of noted tape boutiques. His latest, Isle Enchanted, maps a mirage coastline of salt haze, cerulean water, and smeared, siren keys. Both sides were tracked across three summer days, inspired by notions of Polynesian paradise and the Māori underworld. Blank blue waves swell and ebb, tones float and fade, textures phase and decay – Isolation Exotica, for castaways abandoned on utopian shores. As personal and poetic an encapsulation of palm tree minimalism as any we’ve heard since …On Sea-Faring Isolation (2009). The more hidden the temple the more sacred the space: “This place to me is what it must have been like to discover the island of Capri or Malta uninhabited since beyond ancient days.” Recorded live at Hawaiki, June 20-22, 2016. Images sourced by WT. Design by Britt Brown. Mastered by Alter Echo.