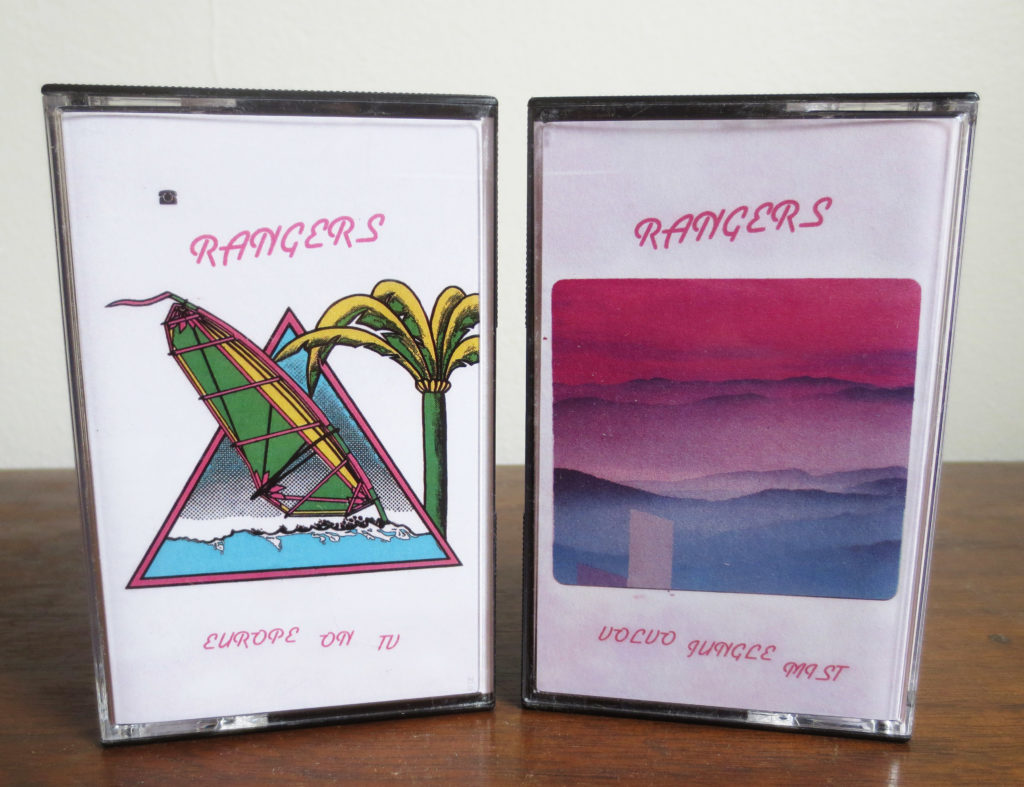 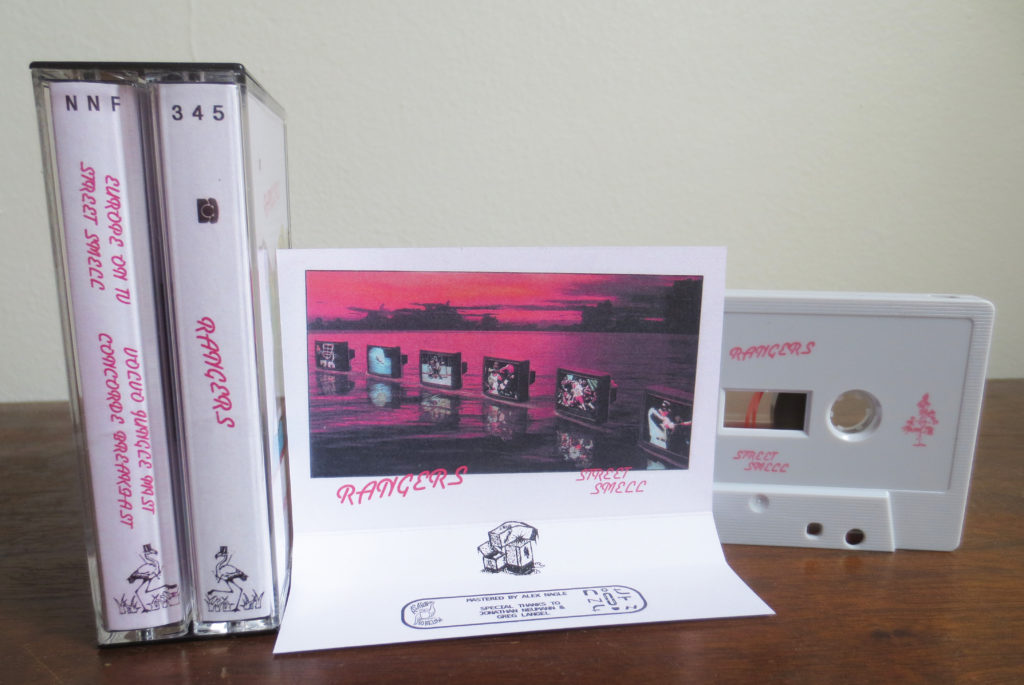 Nearly a decade after their original assembly, two crucial early volumes of Texan ranger Joe Knight’s voyaging kaleidoscope kitchen sink-psych have been dusted off and dressed up for a new generation of suburban tourists. Europe On TV collects the entirety of both 2009 outings on freeform Pittsburgh imprint As Above So Below, totaling 110 twisted minutes of miasmic guitar heroics, sci-fi city surf, face-melt glam, no-fi jangle, art rock squall, and bootleg new wave, pocked with 4-track feedback bramble and cathode-blasted voices.

Taken as a whole, these sides vividly remind just how omnivorous, inventive, and scrambled Knight’s sound was in its infancy, like scanning low-watt stations in a dusty car cruising the industrial outskirts of a foreign city. Mangled fragments of melody and rhythm beamed from crumbling radio towers in the distance, half-heard through static before the road turns and the signal fades. An alien and absorbing revisitation to the restless roots of Rangers.